An interaction-focused art gallery that I co-curated with Mya Stark. 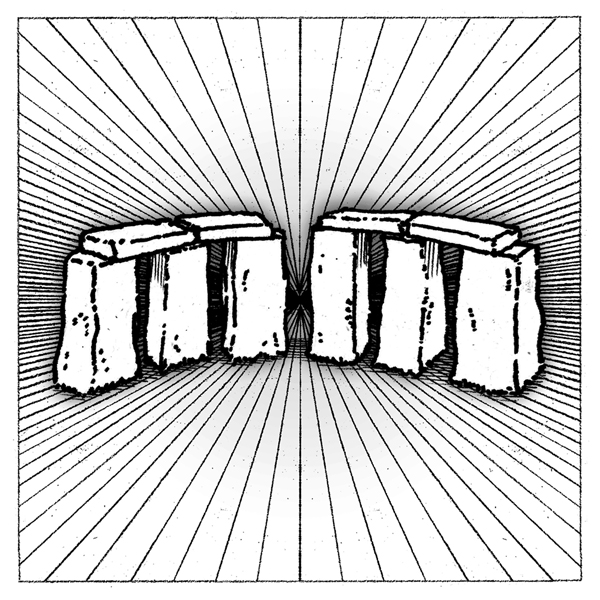 From 2013 to 2014, I co-curated an art gallery that focused on interaction. Though technically most would call it a gallery, it was more of a open space artist to share what they did. It had no walls, and only sometimes a tent-top.

I’m proud to have worked with these people and groups:

Examples of shows we had: 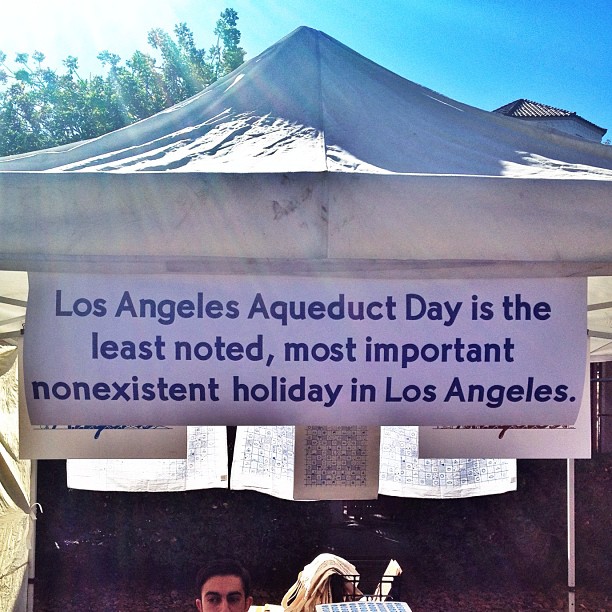 Over a month, Berahimi’s installation changed weekly. This week it was an education museum on the history of water in LA: 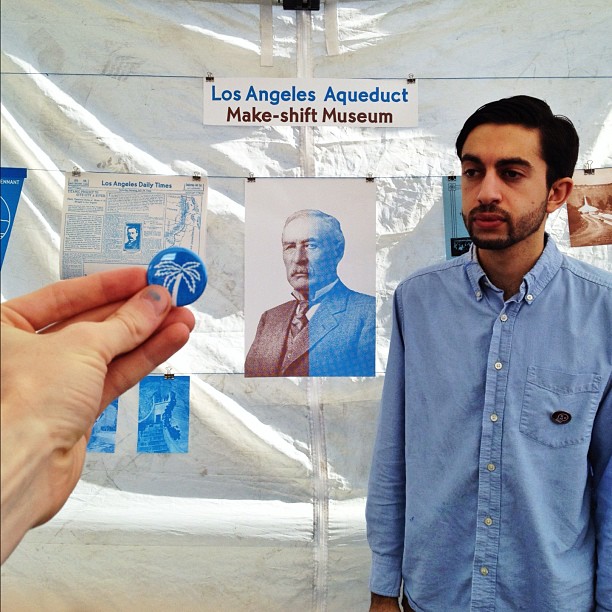 Every image produced was two-sided. One side contained Los Angeles’ natural semi-arid desert: 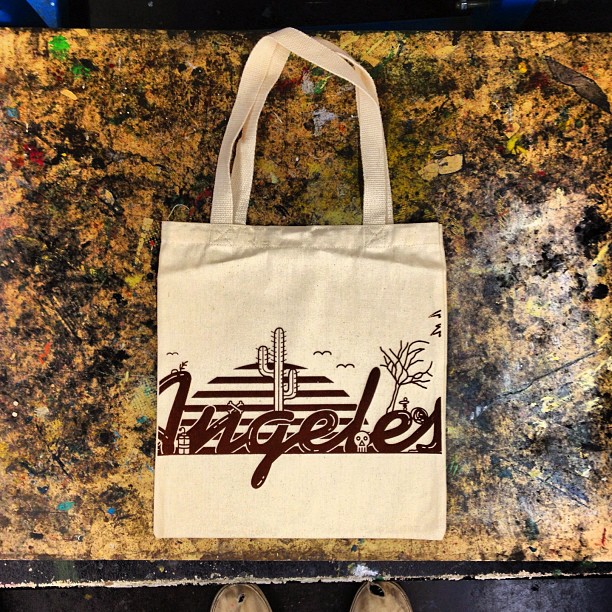 The other side showed the lush metropolis Los Angeles aimed to be: 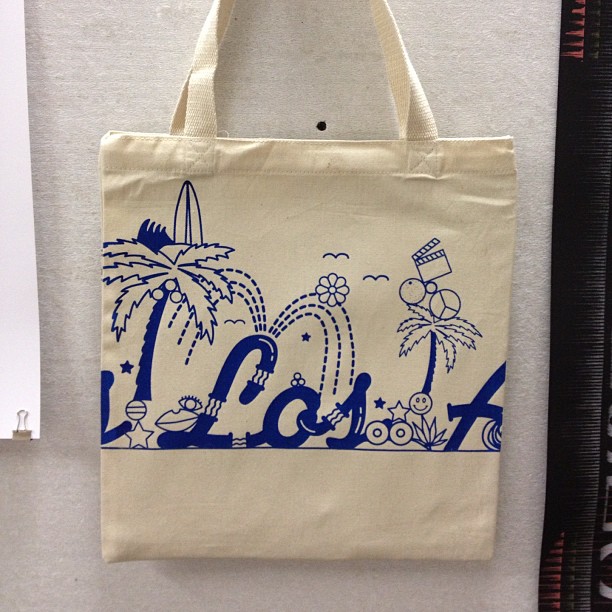 From the press release:

This is his documentation of the show on his website.

Natalie Jones made a map of her favorite fountains in Los Angeles, and counterfeit pennies in clay for people to throw into the fountains.

Pennies on top of the map Jones made: 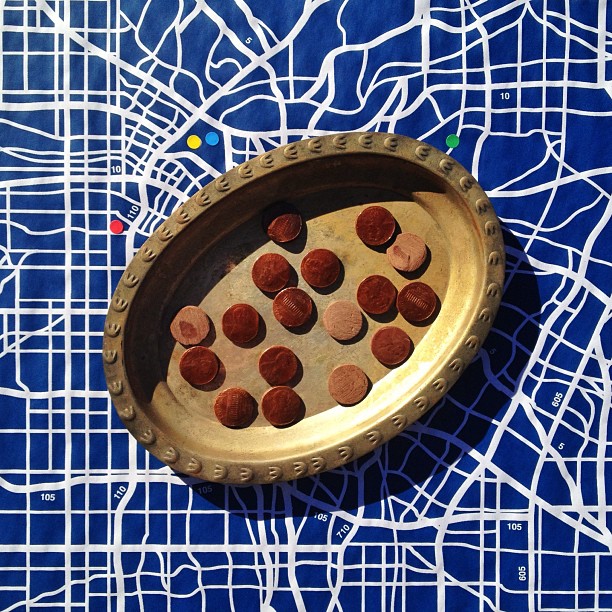 Pennies were given away in this bag: 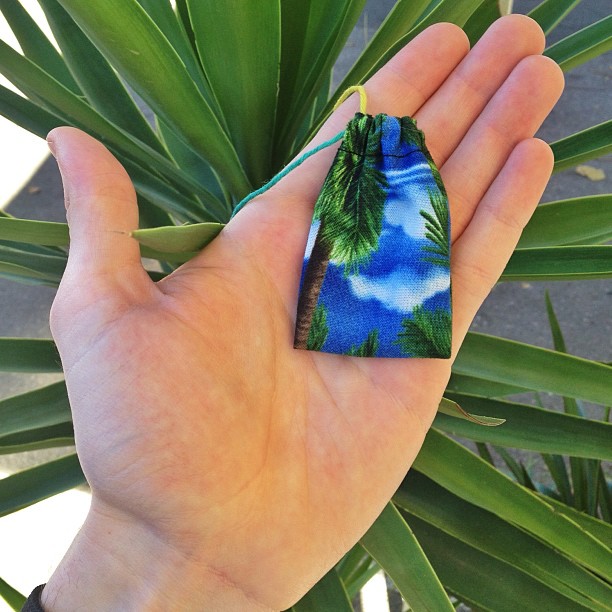 Miles Gracey’s performance occurred the first week of January, immediately after New Year’s resolutions are made. In reaction, Gracey took resolutions from Twitter and offered them to passer-by, as if he was a used car salesman. 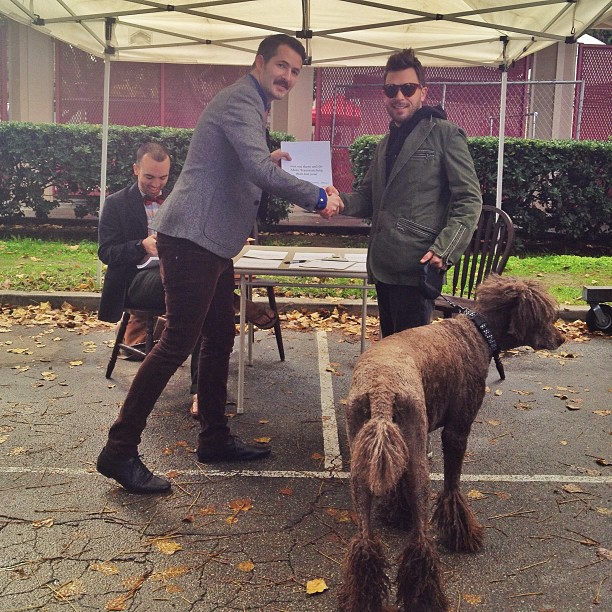 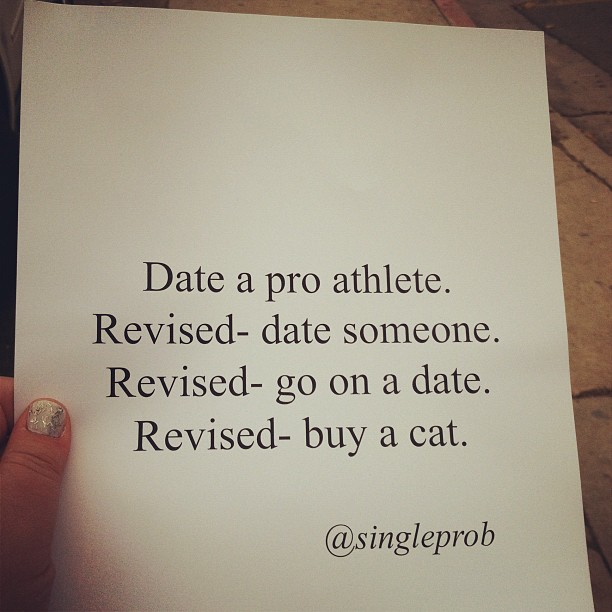 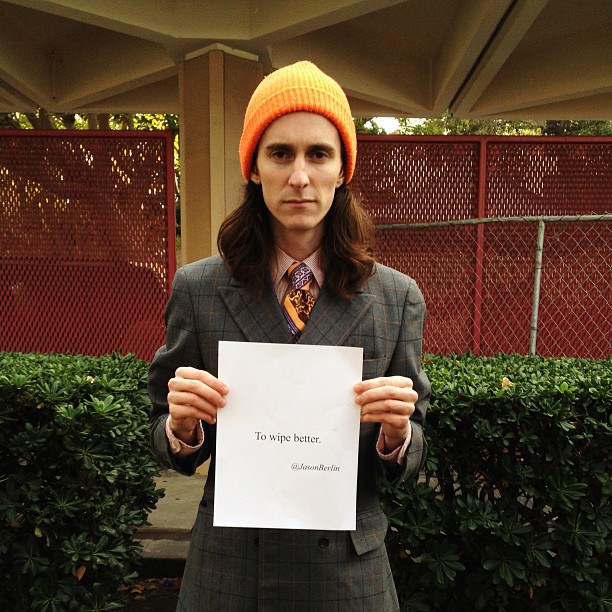 Mister Whitmore ask people to call and leave a message about their love and hate of Los Angeles. 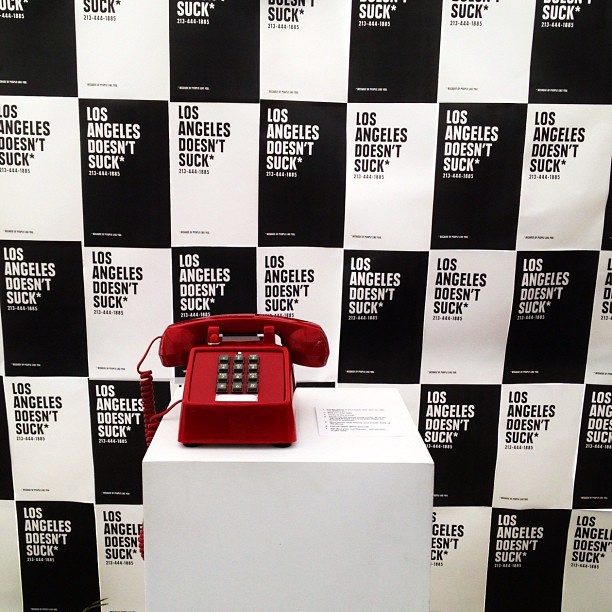 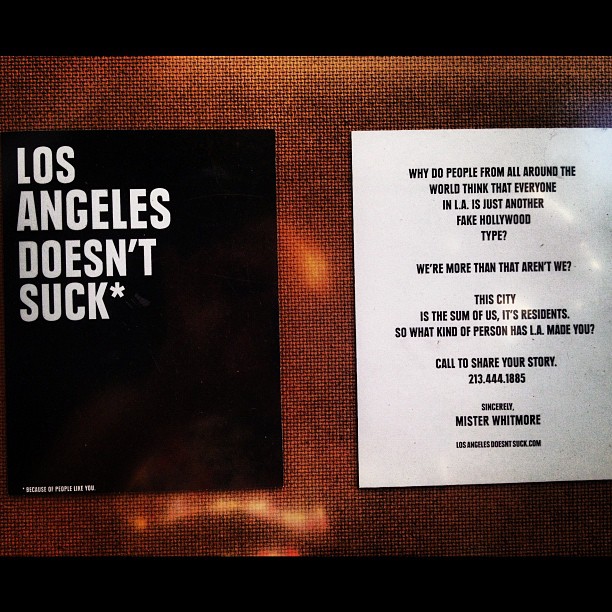 Mastodon Mesa’s final show was to curate the art-half of LA Weekly’s Artopia.

From the press release, these are many of the things that were part of the event:

• A simulation of Spring Break by Drew Denny

• A live set of future punk-classics by FIDLAR